Dori is a physical therapist specializing in pediatrics and aquatics, and was recognized as a Pediatric Clinical Specialist in 1996 by the American Physical Therapy Association. Dori believes in empowering children as active participants in their learning and in helping to train the next generation of providers.  She has been working in the water since 1978 first as a swim instructor and lifeguard, then as a therapist, founding the Special Needs Aquatic Program (SNAP) in 1991, where she intertwines many perspectives.  For her work in aquatics, Dori was honored with the  Tsunami Award from the Aquatic Therapy and Rehab Institute (1999) and named Aquatic Professional of the Year (2001).  She received the John K. Williams Jr. International Adapted Aquatics Award from the International Swimming Hall of Fame (2004) and the Jefferson Award for Community Service (2015).  Dori holds current and past certifications in Halliwick Aquatic Therapy, Clinical Ai Chi, and Watsu and has presented courses in the U.S. and abroad on the topic of pediatric aquatic therapy and adapted aquatics. 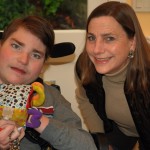 Nancy DeRoche has been manager of SNAP Berkeley since January, 2010. Nancy’s son has been a SNAP swimmer for much longer. Nancy’s extensive prior experience, first in banking administration, then as gallery manager for her husband’s art business, concurrent with parenting and 18 years of volunteer positions helping local schools and the greater community, prepared her well for the job of running SNAP’s day-to-day operations.  Nancy enjoys the interaction with our swimmers, their families, and our wonderful volunteer helpers.

Nancy has a BA in International Relations and Italian from Stanford University. She continues part-time in the art business, and plays cello for fun. 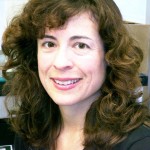 Kathryn Azevedo, Ph.D., has been involved in adapted aquatics for more than 25 years. In the 80s, she trained in Betty Wright’s community based aquatics program. She carried this work to Project PROJIMO, a rural rehabilitation clinic in Sinaloa, Mexico, where she helped edit the book Disabled Village Children and wrote her master’s thesis on community based rehabilitation. In 1998, she returned to the Betty Wright Swim Center and received a grant from Arthritis Foundation to pilot a pediatric arthritis aquatics program. In 2004, she started SNAP Palo Alto with Dori Maxon PT, MEd. SNAP Palo Alto collaborates with United Cerebral Palsy of the Golden Gate, the Silicon Valley YMCA, and Kids with Dreams at Stanford University. At SNAP Palo Alto, she has trained over 80 volunteers and is on the editorial board of the International Journal of Aquatic Research and Education. Recently, she won a grant from the Los Altos Community Foundation to enhance aquatic curriculum.  Kathryn received her doctorate at the University of California at Irvine. She later completed a post-doctoral fellowship in clinical research at Stanford University School of Medicine. She has published in the areas of aquatics, migration, behavioral health, rehabilitation, clinical research, chronic pain, palliative care, and health care access. 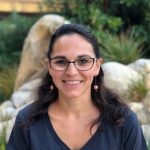 Maria is a passionate and enthusiastic M.D. driven to improve the quality of life of the children. After relocating with her family from Spain, Maria began working with the CHARIOT program at Lucile Packard Children’s Hospital as their Program Coordinator where she uses the emerging technologies (Projectors, Virtual and Augmented Reality Headsets) with the children during medical procedures. She fell in love with SNAP while introducing Virtual Reality waterproof headsets! In her free time, she loves playing with her 2 kids, biking, hiking and flying on the trapeze. See you in the water!!!